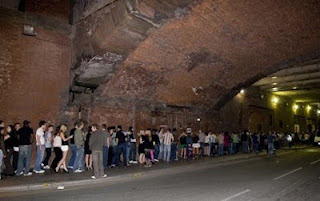 The Railway Mens Club was an odd little rail boozer beneath Piccadilly Station was situated to the left of the old Store Street tunnel pedestrian's entrance up to the station.  That entrance is seen here in 1900, and the club was to the left.  The Central Manchester Brass Band played concerts in the club until 1994/95 [1].  I had a pre-match pint in here in the early-mid '90s, but it closed probably around 1996 and it's now boarded up - the pub could well still be intact behind. 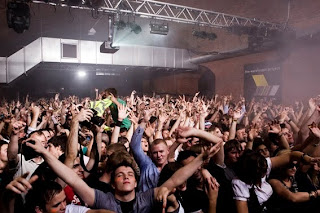 Also in the tunnel part of Store Street is the entrance to the occasional Warehouse club right under the station, a huge venue where the odd rave was held until recently. 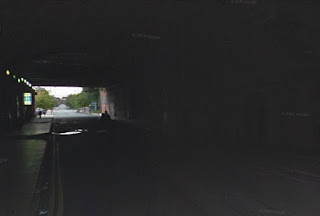 The murky shot above shows the old station steps, right, and the old club entry barely visible about 10 yards to the left (centre of shot).