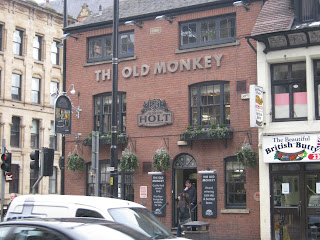 One of Holts' newer pubs and formerly one of their showcase houses, it had become rather tired and run down as is the way when it used to be full of old blokes and tramps most of the time (though it used to be an occasional pre-match boozer before heading down to Maine Road and in the days when a pint of Holt's was barely over a quid). I'm happy to say though, that its had a bit of a refurb, it's been poshed up and brought right back up to 2010. Some of the cluttered seating has been removed, leaving plenty of standing space, whilst limited tables and chairs surround the outside walls. A great photo, below, shows the interior, complete with a right set of old school drinkers, typical of those which frequent Manchester's traditional ale houses. 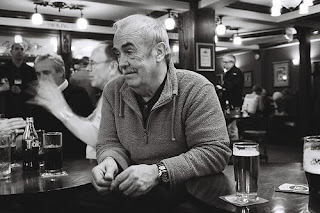 Set on two floors (only one was open though on Sunday), it's a welcome return to form for what was once a nice Holts pub. We will definitely revisit at some point in the near future. By the way, on this site in the dim and distant past used to stand another pub, the Queens Arms, which closed in 1925 having been open since 1841 [1]. 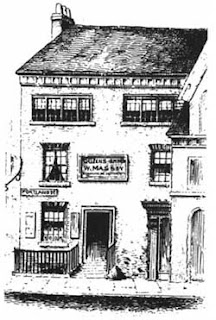