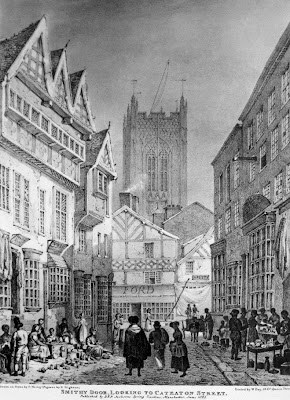 Smithy Door used to be near where the old, original Shambles used to be.  This was before its two notable buildings - the Wellington and Sinclairs - were moved twice; once upwards following the building of the Arndale Centre, and secondly 300 yards to its present spot near the Cathedral after the 1996 IRA bombing. 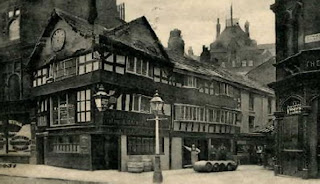 At Smithy Door, close to the Wellington and Sinclairs, the Kings Arms alehouse used to put on shows, such as one which exhibited trained animals.  This apparently included a pig that could tell the time using a watch, country dancing by six turkeys, and three cats which sung in Italian!? [1]. 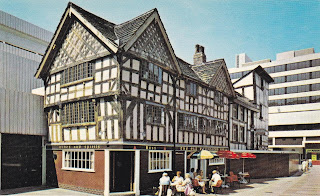