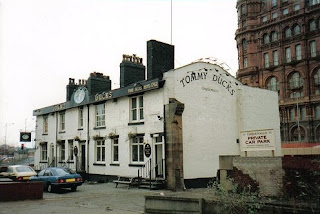 This famous old pub was situated on land on East Street in front of the Midland Hotel, a street which has not been lost to the Barbirolli Square complex.  The name Tommy Ducks apparently came about when the sign writer who was painting the name of the landlord, Tommy Duckworth, on the then Princes Tavern as it was once known, ran out of room on the sign. 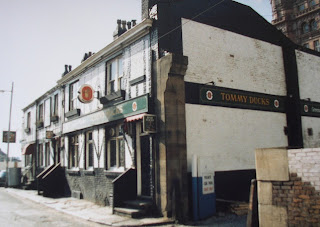 A Greenall Whitley house, Tommy Ducks is a Manchester institution and was famous for, amongst other things, its collection of knickers pinned to the ceiling, donated by the female customers!  A flash mob of women's libbers and lesbians once tried to take the offending garments but were thankfully thwarted. 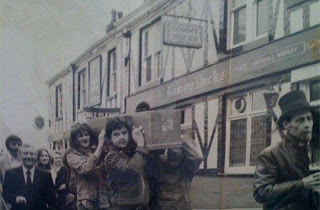 There were a couple of glass-topped coffins used as tables, one of which was kidnapped by another pub for a while.  In its place they put a polystyrene replacement until the coffin was recaptured.  These two 1986 photos from the archive show its position in the shadow of the Midland Hotel on Lower Mosley Street, and the below on the from cover of An Endangered Species (35 pence from  Beer-Inn Print) [2] photos show Central Station (GMEX) behind Tommy Duck's.  We get a glimpse of the inside of the pub in these three great photos from the 1960s. 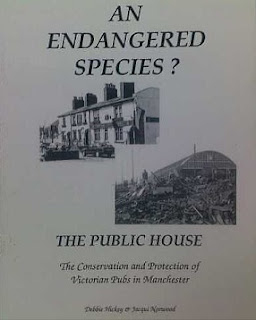 As one of the last remaining pubs in the area as all buildings around it were demolished as seen here in 1977, it was served with a temporary preservation order.  Arguments were raised between the developers and brewery who owned the land, and customers and locals who wanted the place retained for for its history.   Thankfully, some items were salvaged from the pub before it was lost, such as these fantastic goblets and beer glasses complete with the Tommy Ducks logo of two ducks.  Thanks to Gerald Distill - who picked up the glasses from the pub at least 20 years ago - for the photo of these fine artifacts. 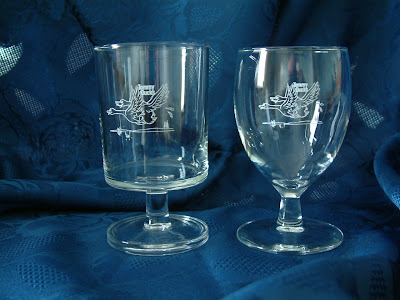 The dispute lasted for many months with the order being renewed on a regular basis.  However, so the story is told, the preservation order expired on 12th February 1993 at midnight and with no one being able to renew it until 9am the following morning, the developers and brewery, in cahoots, seized the opportunity and tore Tommy Ducks down at 3am.  Indeed the story goes on that a barmaid who worked in there, left her coat in there overnight, returned the next morning to retrieve it only to find a pile of rubble!  Greenhall Whitley were later fined £150,000 for breaching the regulations. 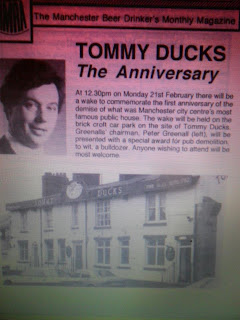