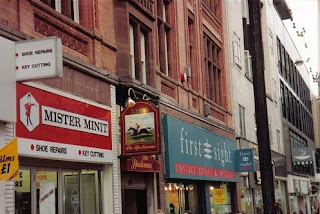 The Sportsmans was one of the first pubs I frequented as an underage drinker, you went down a steep set of stairs and turned right at the bottom into a big, dark, wood pannelled room with booths along the right and the bar ahead.  Pretty sure it was pints of Willy Lees we supped, a much-maligned beer that has definitely improved in recent years.  In the 1950s the Manchester Sports Guild - from what I can gather, a Jazz club - used to meet here and the place used to keep Scottish opening hours: a drinking up time of 9.30pm! [1]. 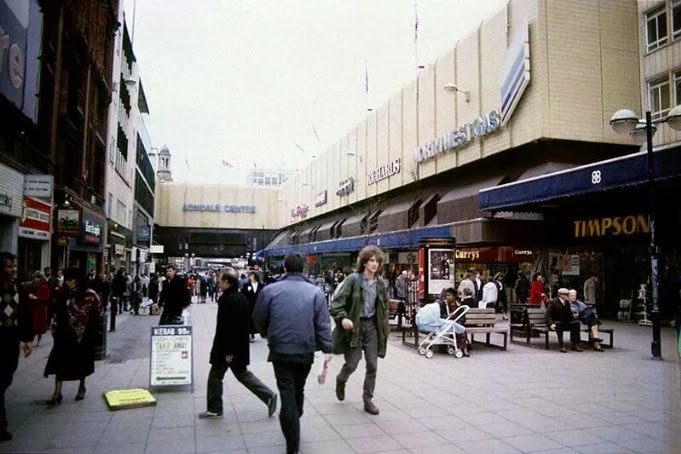 The Sportsmans was called the Auld Reekie in the 1970s, which is an old Scots nickname for Edinburgh meaning Old Smokey.  This Scottish connection stems from the William Younger Brewery of Edinburgh which had the Sportsmans before JW Lees.  A Tesco Metro now sits on the site and has presumably swallowed up the Sportsmans.  Fittingly, this is the Tesco which made the news for selling discounted cans to thirsty Glasgow Rangers fans ahead of the UEFA Cup Final, which ended in a spot of booze-fuelled violence.