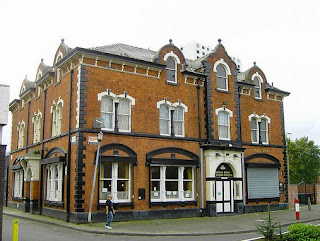 
The Royal Hotel was opened in 1881 on Church Street, Pendleton as a 24-bedroom public house and hotel as Mark Baxter transferred his licence from the Ring O'Bells on Bury Street here.  As a hotel it didn't fare well - at the 1886 brewster sessions he was told the hotel was in a low-class area and had only had three residents in six months [1]. 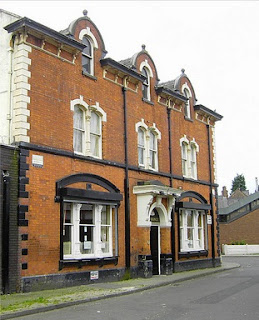 Flat Iron, Market Way, Salford. (c) stephenbroadhurst at flickr.
Threlfalls took over before the century was out and the Royal survived into the 1960s, Tomny Flynn remembering it as "quite a posh pub with a large concert room upstairs and a small snug which dispensed beer in jugs to elderly drinkers [2]."  In 1969 the Pendleton / Hanky Park area was substantially redeveloped but the pub survived, although old ceilings were removed and original bar counters replaced by veneered wood [1].  Keg beer soon arrived with cellars full of huge tanks of Trophy Bitter and Chesters Mild. 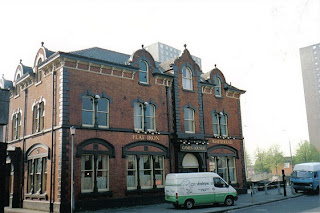 Flat Iron, Market Way, Salford, 1990. (c) deltrems at flickr.
In December 1969, the Flat Iron on Market Way was born, with a loose theme on Salford markets (the new precinct style market place which replaced the Cross Lane market faced the pub).  The Flat Iron has had a reputation as a rough boozer, which couldn't have been helped by the 8am opening licence it had for the market traders (and local drunkards) who were issued key fobs to enter [2]. 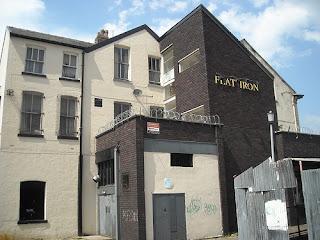 Flat Iron, Market Way, Salford, rear. (c) Gene Hunt at flickr.
As well as harbouring some of Salford most enthusiatic boozers, the Flat Iron was allegedly a place to come to find cheap goods - the shops on the precinct could be be visited "to order."  The vault's fruit machine was known to disappear from time to time, and it sometimes kicked off between blues and reds on derby day. 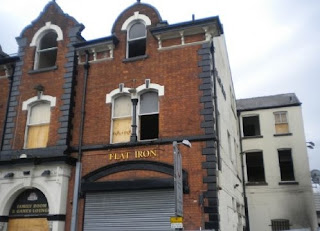 Flat Iron, Market Way, Salford, closed in 2011. (c) Salford Star.
The Flat Iron finally closed its doors as a Holt's house in early 2011 and was quickly targeted by vandals, a sad indictment of the state of the community in this part of Salford (the 2011 summer rioters started here at the precinct before moving to Manchester city centre).  This video at Salford Online shows the Flat Iron being demolished in mid-2011 as Salford council attempt to redevelop and finally get it right around here. 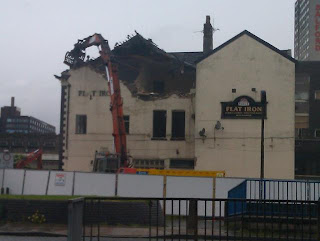 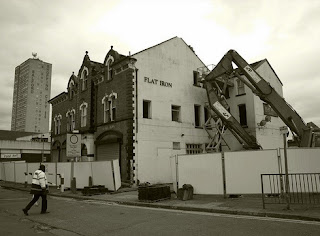