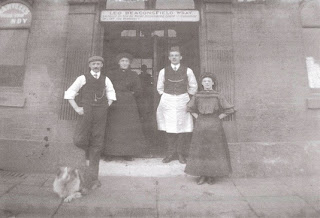 The Queens Hotel was built in 1868 on the corner of Hulton Street and Ordsall Lane, offering a a dining room, clubroom, stables and a brewery.  It was granted a full licence in 1873 and was soon snapped up by the Crown Brewery of Hulme.  The above photo of the pub is from a 1907 postcard [1].  The Queens was rebuilt at some point in the 1930s, passing to Bass Charrington in the '60s before closing in January 1970 for regeneration of Ordsall [2].  These days Hulton Street doesn't meet up with Ordsall Lane, a point at which the Queens Hotel once stood, roughly where St Clement's Drive meets the Lane nowadays. 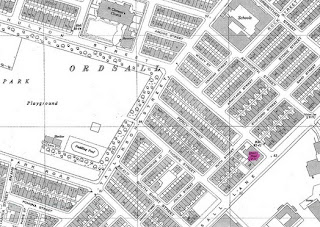