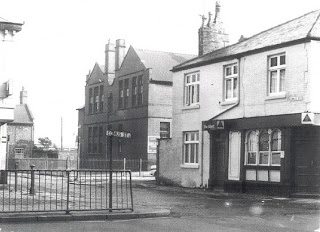 The Albert opened in the 1860s on the corner of Comus Street and Regent Road, at the other end of the row to the Spread Eagle.  By the 1870s it was owned by Crown Brewery of Hulme who almost changed the name of the beerhouse to the United Tavern in 1875.  In the mid-twentieth century the Albert became a Bass house, but unlike many of its Regent Road neighbours, was not rebuilt or extended despite an attempt in 1945, and only became fully-licensed in the 1960s [2]. 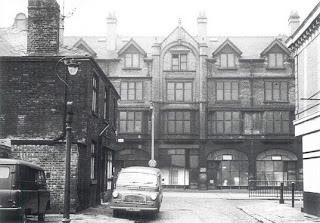 
The Albert is pictured top in 1974 and above in 1959 (pre-face lift), and the boozer lasted until 1982 when it was demolished for the widening of Regent Road [2].  Comus Street still runs north off Regent Road today; in the past there was a school behind the row in which the Albert stood (see top photo), but today there is an empty industrial unit in its place.