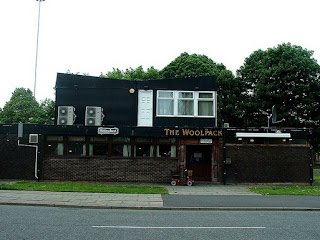 
The Woolpack closed and was bought by Salford Council in 2008 and had been earmarked for imminent demolition despite a local campaign to get it reopened.  A classic 1970s estate pub, this rough and ready Salford boozer was busy with OAPs and Pendleton locals from the nearby estate and tower blocks so its closure was a surprise to many. 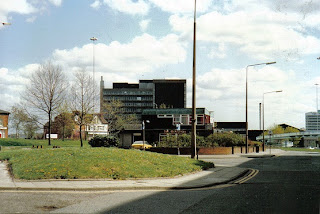 The Woolpack opened by Wilsons Brewery on 22nd December 1970, and was run by John Shortman who had previously run the Wheatsheaf on Broad Street.  It had been pre-fabricated miles away in St Helens then erected on site on Meyrick Street off Belvedere Road [1]. 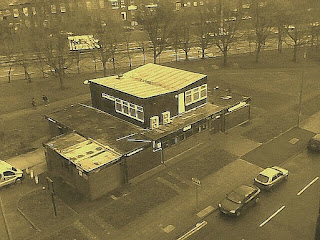 
The interior was originally decked out in a ship theme, specifically, those that carried wool - the bar was constructed in the form of stacks of bales of wool [1].  This decor changed in the 1990s under new ownership and in its last days appeared to offer Boddingtons and Heineken, giving a clue as to its likely Pub Co ownership. 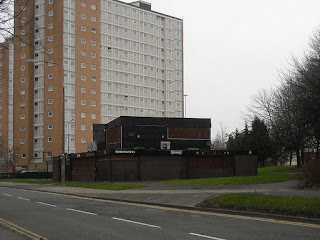 Earlier this year it was revealed that the Woolpack may be reprised as the subject of a Salford University Built Environment study which may see it reopening as a community centre or even as a pub with microbrewery [2].  Not sure what has become of this initiative...