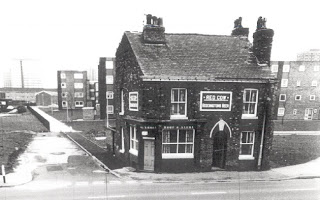 
Salford's last beerhouse closing in August 1980, the Red Cow is shown here on Albion Street from Donkey Bridge, a vast footbridge which once spanned the Windsor Bridge Cattle Station spur all the way to West Hope Street, Ordsall.  The Red Cow was once a simple corner shop on the corner of Harrogate Street and Albion Street but crucially it was owned by Boddington's.  When the  Freemasons Arms on Spaw Street off Chapel Street and New Bailey Street closed, the brewery transferred its licence to their shop and the Red Cow beerhouse was born. 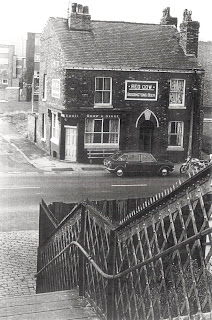 
The origins of the name, the Red Cow, may be revealed in the forthcoming book about Buffalo Bill's visit to Salford in 1888 by Tom Cunningham - more on that when it's published.  In the 1960s and '70s most of Salford and Manchester's remaining beerhouses were granted full licences, but oddly the Red Cow was an exception and continued to only sell beer - maybe just ale and stout... The Red Cow is pictured in 1980 just before it closed with landlady Lillian Wood and her loyal regulars. 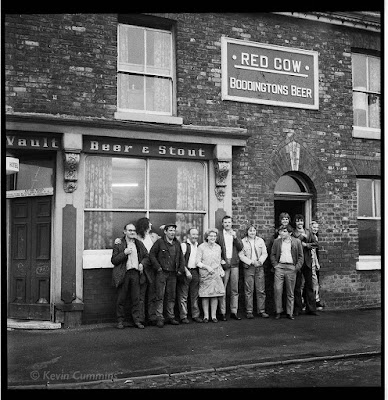 
The Red Cow was demolished quite soon after it was closed and the building of Albion Way saw Albion Street being lost to the redevelopment.  The old Ripley Street maisonettes shown behind the pub have been remodelled into the Trenham Place houses.  The old location of the Red Cow is roughly in the middle of the south-bound lane of Albion Way where it says A5063 on the map. 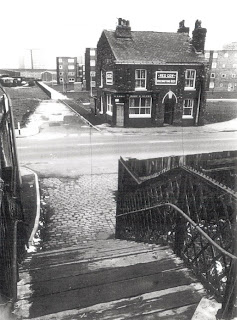 
The Red Cow was immortalised on film when it acted as the backdrop to a row between Ray and a young Deirdre in a 1970s episode of Coronation Street.  These stills from the video show the Red Cow receiving deliveries of beer barrels from a Boddington's van - staged or not, this is fantastic scene courtesy of the Granada archives. 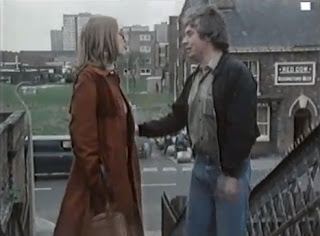 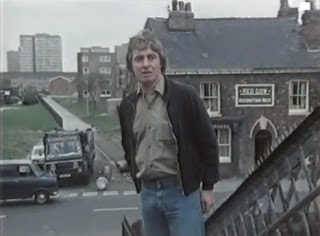