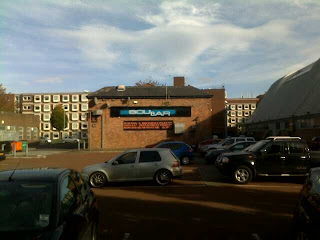 
Just off Oxford Road on York Street in the shadow of the Manchester Aquatics Centre sits the recently closed Scubar.  It was previously known the Old Steam Brewery and Green McNally's Sports Bar, when it was a very occasional post-match port of call.  In its later years it was a studenty cocktails bar, but did occasionally have real ales on.  Unlike its sibling, the lost Scu 2 Bar which lives on as the Courtyard, there appears no chance that life will be breathed back into this venue - a sign on the door says it's being turned into a place of worship. 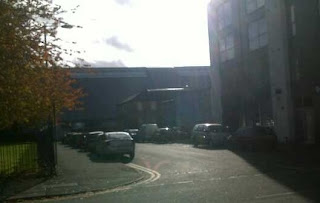