Old House at Home, Bottomley Side 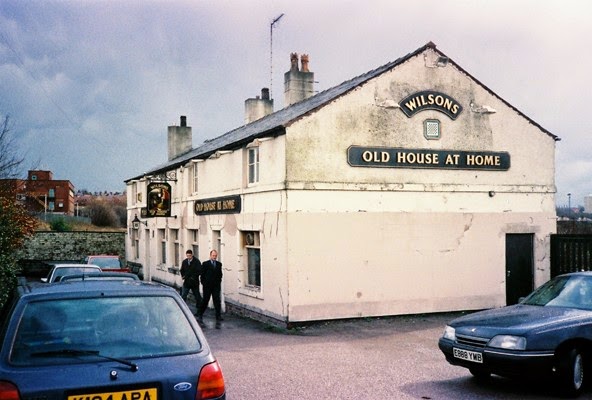 The Old House at Home was a well-known yet well-hidden pub, tucked away along Bottomley Side in Blackley.  From some angles, such as the one below, it looks like a countryside pub, and indeed it was for many years, after one of the cottages in the row was first licensed to sell beer in about 1861 [1]. 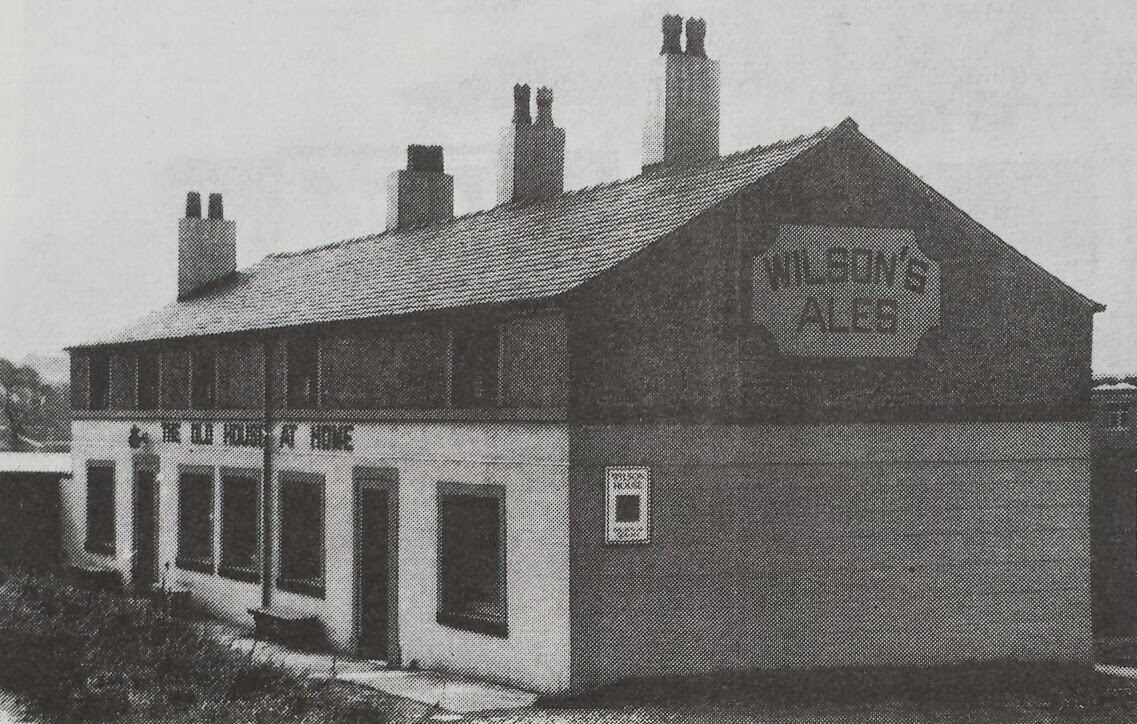 Horse races were run in the fields betweent the Old House and Lion Street during Blackley Wakes.  However, from the front in 1958 you can see how it was hemmed in by the industries which came to Crumpsall and Blackley.  Levensteins Works became ICI, and the Wilsons house (from 1937) flourished thanks to thirsty workers adding to local's custom. 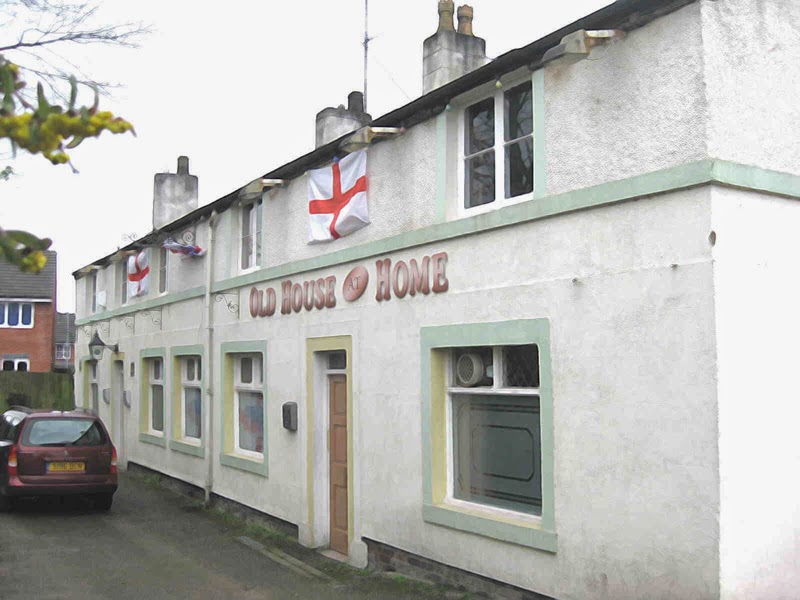 Quirks of the Old House at Home were that until the 1960s, it was lit by gas and had chemical toilets that were installed before WWII.  Then, in 1978 customers saved the pub from demolition when Wilsons wanted to sell up to ICI [1].  Sadly, the Old House at Home suffered from dwindling custom in recent years and closed in 2011 under long-standing landlord, Hartley Downs, having recently been converted to private housing. 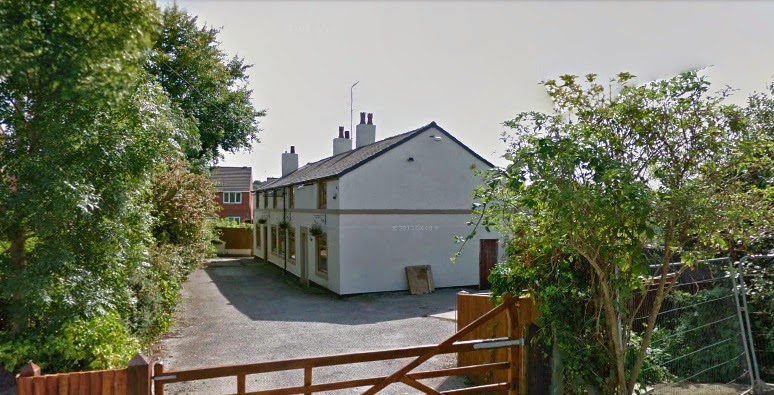