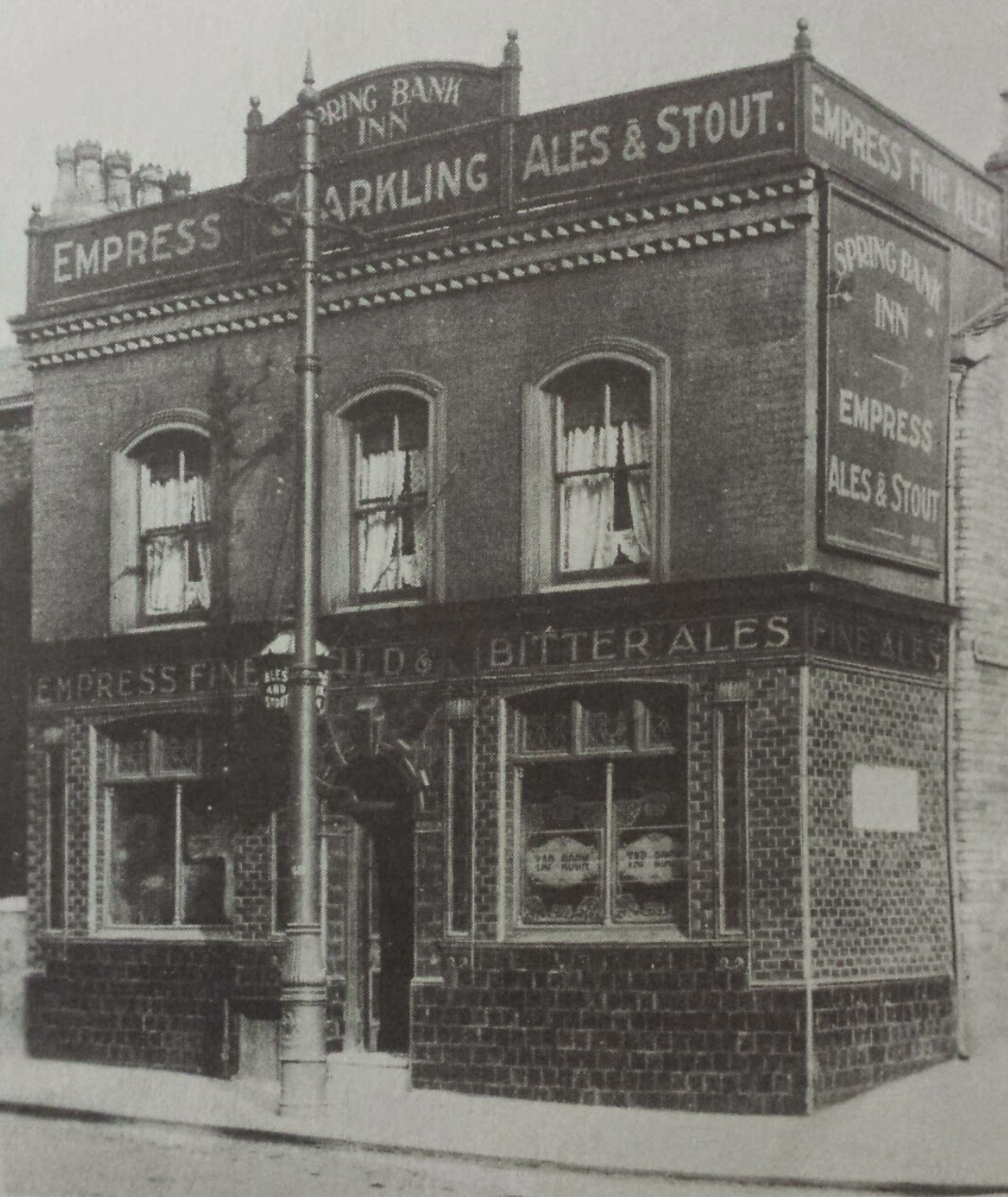 
This boozer in Longsight was captured in happier times by Alan Winfield in 1993, as seen at Pubsgalore [2].  In the '90s, O'Connor's was a Tetley's pub and as its name suggests, it was popular with the large Irish community around here.  The pub was originally known as the Spring Bank Inn, a Walkers of Warrington house, as shown below from Manchester History [3], which by the 1970s had been taken over by Tetley's. 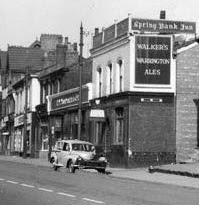 Although the outdated googlemaps view above shows it next to Farmfoods, in the 1950s it was next to a Woolworths store.  The Spring Bank / O'Connor's was recently been knocked down in about 2009 and the site is under redevelopment, as shown below from the Manchester History site [3]. 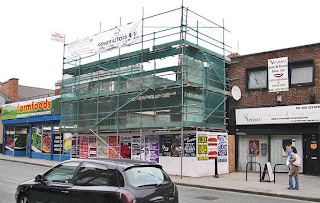