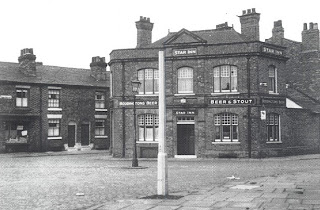 
The Weavers Arms on Ford Lane, just off Blackfriars Road / Broughton Lane, was originally a shop in the 1830s, but by 1855 the beerhouse appeared and Boddington's Brewery owned it by the 1880s.  The Strangeways brewer rebuilt and renamed the Weavers as the Star Inn in 1885.  The Star served this St Matthias area of Salford along with several neighbouring pubs, such as Grey Mare on Cannon Street, and lasted until the early 1970s when it was knocked down for "redevelopment" [1]. 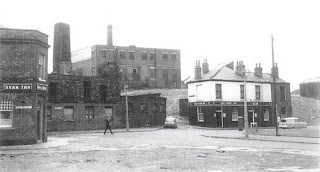