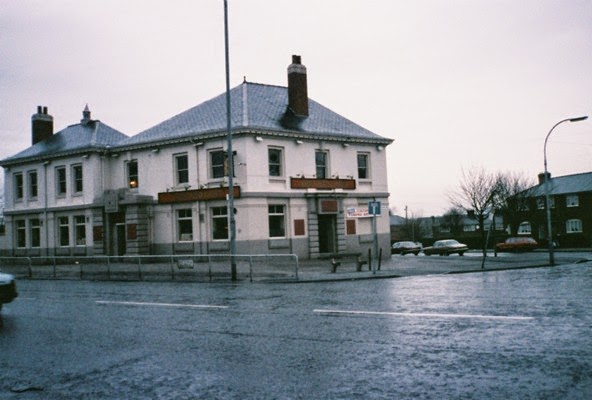 
The original Lion & Lamb (previously the Old White Lion) was on the corner of Lion Street and Market Street in Blackley village, but it was knocked down in 1927 to make way for the new Lion & Lamb on Victoria Avenue to the north on the corner with Chain Road.  The license was transferred to the new pub and it opened the day after the original pub closed under the same landlady, Betsy Ann White [2].  For four decades the Lion & Lamb was a huge but typical suburban Wilsons house, seen here in three photos from the 1960s. 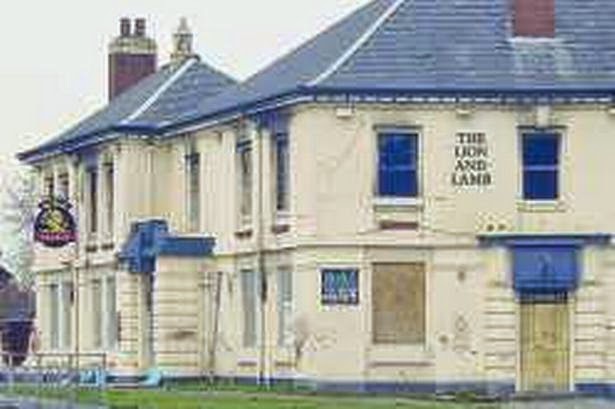 However, in 1971 it was gutted and turned into a bizarre shipwreck theme pub and renamed the Wrecker.  This was after the maritime trick of luring ships to onto the rocks to loot, as the corner of Victoria Avenue and Chain Road with the pub was said to resemble a ship's hull.  Mike Morris remembers that the inside looked like a wrecked ship at an angle in a lagoon, with the ship mast in the middle of the bar area.  There were aged portholes and a video playing of palm trees in the distance.  This would occasionally switch to dark thunderstorms and real water would fall down from the ceiling.  If you looked down the big 'wrecked' hole in the floor you would see a real alligator in the 'lagoon'! [3]. 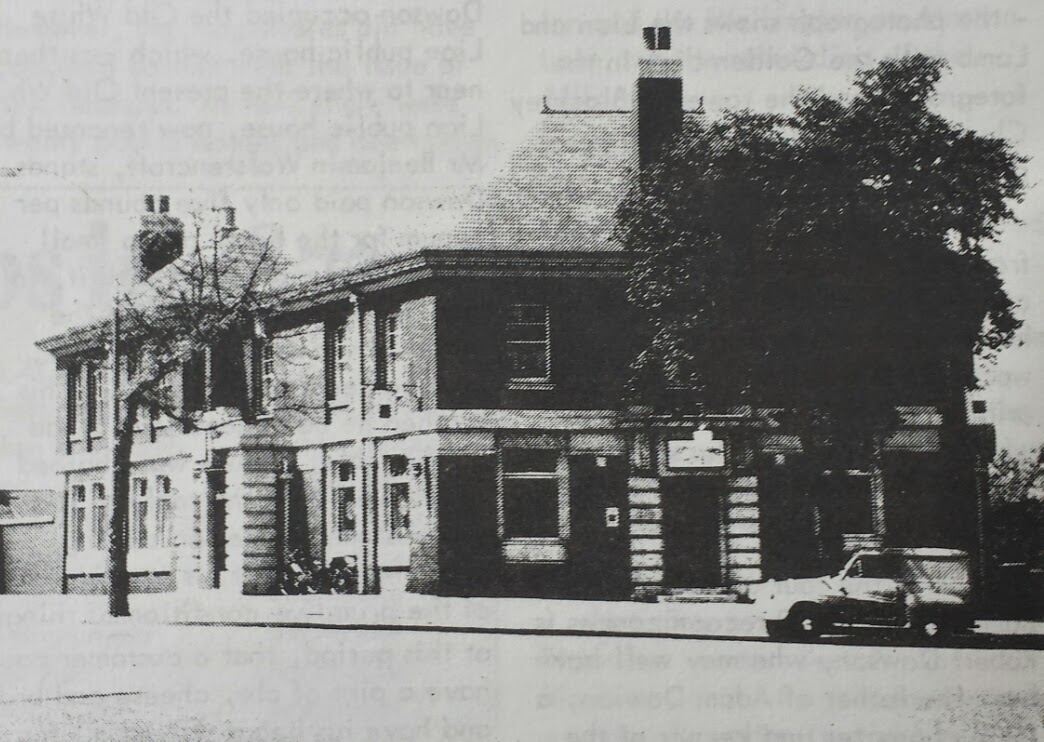 Unsurprisingly, this North Manchester theme pub, the Wrecker, didn't take off as planned, and the poor alligator would get pelted with empty bottles before animal rights types rescued it.  The Wrecker was renamed the more sedate Mariner for a couple of years, but then reverted back to the Lion & Lamb in 1979.  It was changed back to a normal, multi-roomed pub at great expense to Grand Metropolitan.  The Lion & Lamb closed in about 2003 as a Banks's house and was gutted by fire in 2005 [1].  It was demolished not long after and nothing stands on this corner today. 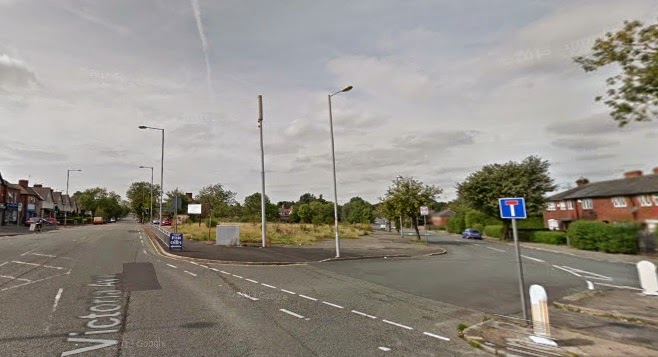