Shown as The Rock in 1971 then the Rock Inn two years later, this boozer will be memorable for anyone who supported Belle Vue Aces when they rode at Hyde Road.  The Rock was pretty much opposite the main entrance to the old speedway stadium, which was sadly demolished in the late '80s to make way for a car auction site [2]. 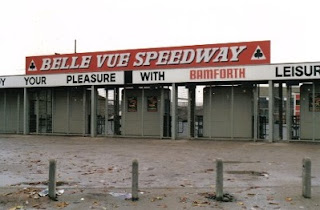 As shown here [1] and at the archives, the Rock was a Tetley's house on the corner of Boundary Street and Hyde Road, but the pub has also gone the way of the stadium (and the Belle Vue Pleasure Gardens before it).  These days a flat iron, pub shaped gap marks the spot of the old Rock. 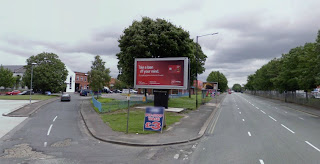