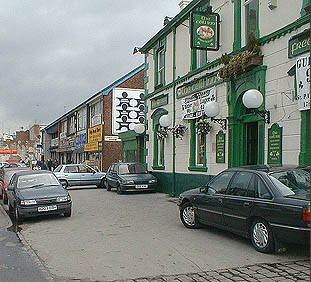 The Irish theme pub, the Ceili Inn, was demolished in 2000 to make way for a rather ugly branch of the Islamic Bank at the Slade Lane junction with Stockport Road in Longsight.  It's fair to say that this change from Irish to Islamic reflects the make up of modern Longsight, although Longsight and Levenshule still retain their Irish links.  The Ceili Inn was previously the Crown and is pictured as a Wilsons house at the archives in 1969 and 1970.  By 1974 the Crown had undergone external refurbishment and here's the rear also in 1974.  Thanks to Graham Todd for the image of the Ceili Inn. 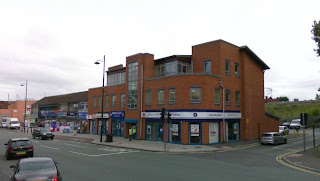