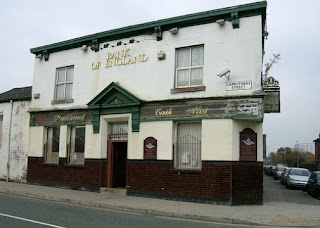 
This Ancoats boozer is the only pre-match pub we never tried out and now it's boarded up, seemingly for good, but at least while Pollard Street is closed off due to the tram line being built.  It was never the most inviting looking pub on the occasion we walked, bussed or taxied past and it was real ale free.  In the past the Bank of England would have been used by workers from the nearby mills, including the attached Ancoats Works, but it seemed to gather little trade from the nearby housing estates. 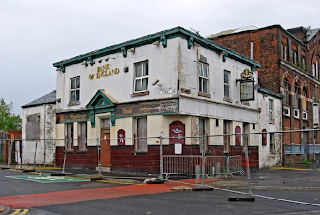 
The Bank of England was one of Ancoats' first beerhouses, licensed from 1830 and ten years later it was fully licensed with attached brewhouse.  The brewery did well, in fact it had another tied house, the Kings Arms near Miles Platting station nearby.  The brewery was sold off in the 1860s but continued as a separate business for a few years.  Mick Burke remembered the Bank of England for its urinal outside the pub on Carruthers Street [1]. 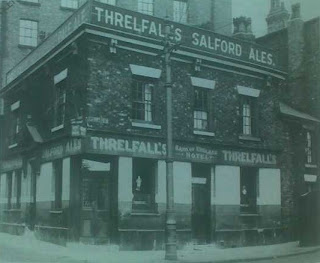 
UPDATE:  The Bank of England sounds like it's open after all!  Another update as of 2012: it's definitely closed. 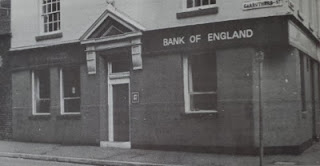