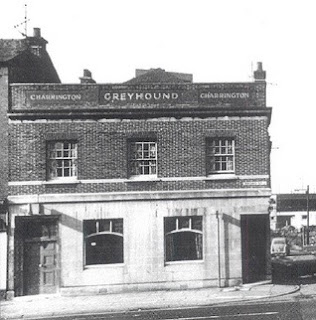 This beerhouse was originally the Richmond Brewery Inn, named after this section of Broad Street which was known as New Richmond.  It opened in the 1830s on the corner of Pimlot Street and the brewery attached was capable of brewing fifty different sizes of beer barrels. Brewing probably stopped in the 1880s and the beerhouse as renamed the Greyhound.  By 1920 it had been taken by Hardy's Crown Brewery  who rebuilt it the following decade wide a wider, cream cladded front.  As pictured here, by 1970 the Greyhound had passed to Bass Charrington but by January 1971 it was closed and knocked down later that year [1], eventually replaced by a health centre opposite Frederick Road. 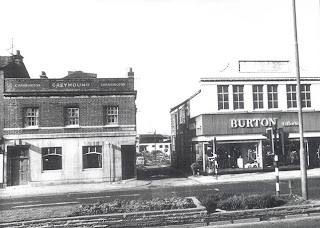