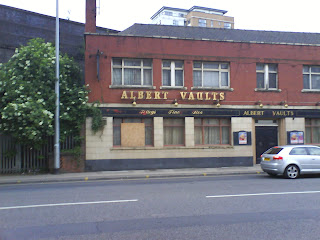 Albert Vaults has only been closed a few years, one of the many Chapel Street pubs to have been lost to Salford.  The building standing today on Chapel Street, just off New Bailey Street near Salford Central Station, was built in the 1930s, replacing the original which is shown below in the 1890s [1].  In the 1970s the pub was popular with the Irish of Salford and "Saturday night was hoolie night [2]." 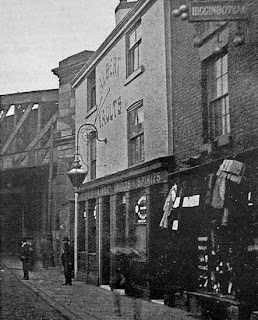 
The Albert Vaults goes back a long way and was originally known as the Boatswain when it opened in 1872. The old pub had narrow frontage on Chapel Street with a brewery to the rear and was known for a time as the Prince Albert Vaults then the Albert Vaults & Market House.  The Albert Vaults expanded when it spread into the pie shop next door following the building of the railway bridge over Chapel Street in 1893.  Tetley Brewery owned the pub from 1912 and built the new Albert Vaults on the same site, which they eventually sold to Burtonwood in the 1990s when Phoenix Brewery of Heywood also had an outlet [1]. 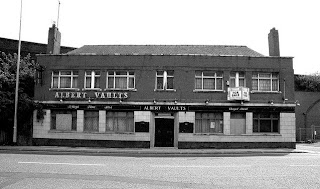 
Albert Vaults has recently been subject to a strange planning application to turn it into a Brazilian Cultural Centre [3], so looks doomed to never serve as a public house again.  Thankfully the Manchester Photography blog managed to take a few snaps of the pub's interior a couple of years ago [4].  I think I called in here during a Salford pub crawl circa 2004 but don't recall much about it... 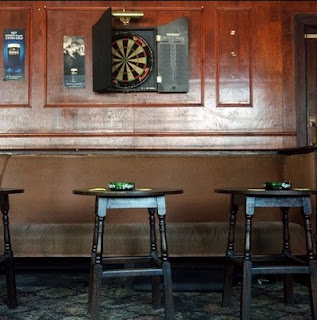