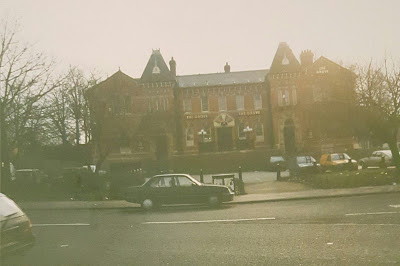 When the Grove on the corner of Seymour Grove and Upper Chorlton Road was demolished in 2002 it was still widely known as the Seymour. The grand old building is shown at the archives in 1956, side-on in 1959,  from the front showing its huge size in the 1960s, in the '70s, and twice in 1973. 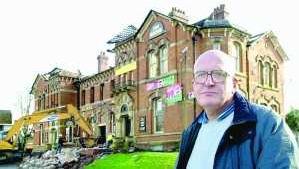 The huge size of the Seymour actually stems from the fact it was originally a private house half the size. When it was turned into a pub it was doubled in size so that it was a mirror image of itself. A fire in the early 2000s led to the pub's closure and demolition, and the land was sold to developers who have replaced it with ugly new flats. 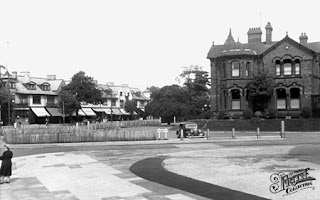 The Seymour is infamous for being close to where a policeman was killed back in 1876. This plaque on the wall in this 1924 photo marks the spot where local villain, Charles Peace, shot dead a copper, PC Cock, and his grave is sited in Chorlton Green today. 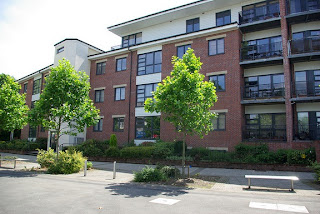