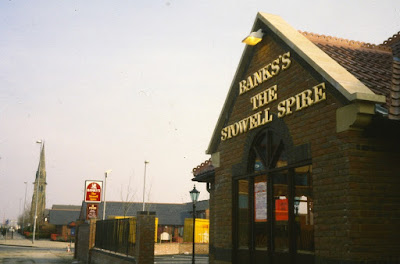 The Stowell Spire was a modern estate pub that opened in 1988 after Banks's Brewery gave up the Druids Home estate pub on Silk Street (which itself was a replace for an original Druids Home), in return for this land on the corner of Eccles New Road and Howard Street [1]. 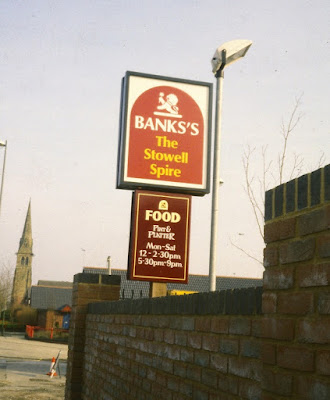 
Though I was never lucky enough to have a pint in here, I did go in to use the gents toilet during a days' work logging car tax dodgers in the summer of 1998. It must have been early afternoon on a week day but I remember being glared at - can't remember if it was staff, customers or both.

The Stowell Spire only lasted 13 years before closing in 2001, but the following year a Pub Co reopened it and it lasted a while longer until its demolition. In 2012 the old Banks's sign was still poking through the trees. 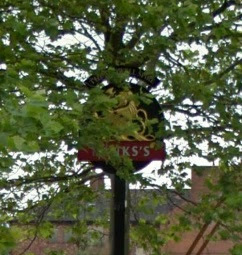 
Houses have gone up either side but the Banks's sign has been retained, a strange little reminder of a fleeting new estate pub, built to replace an older estate pub that had replaced an original... 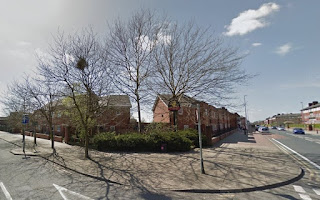