The Vavasour Hotel was built in 1866 on the corner of Edward Street and Sussex Street to serve the (as described at the time) "new town" of Lower Broughton. Its name is explained by the builder, one Marmaduke Vavasour. The grand hotel had 10 bedrooms, a billiard room, club room and six rooms on the ground floor [1]. 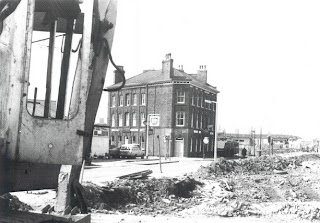 By the 1900s the Vavasour was owned by Threlfalls and in 1918, alterations were made, including the conversion of the kitchen to toilets and the kitchen moved up to the old billiards room. Although the Vavasor passed to Whitbread in the 1960s, it kept its Threlfalls signs and blue and cream colours into the 1970s as seen here [1]. 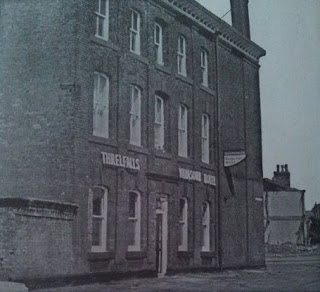 Even though the surrounding area was flattened of houses, the Vavasour survived through the '80s as some light industry moved into the area, and the pub was taken by Chesters. The brewery added red plastic canopies over the doorways and the street was changed to Cottenham Lane [1]. 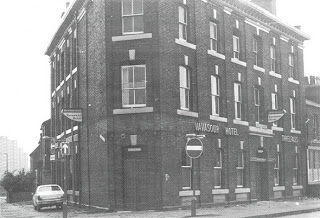 Sadly the Vavasour Hotel was demolished in 1990 although its near-neighbour, the Albert, remarkably survives down Short Street to the left. You can just make out the Silk Street flats in the background, above and below. 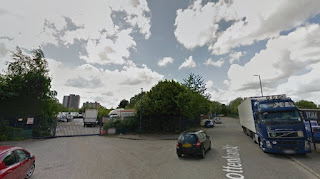