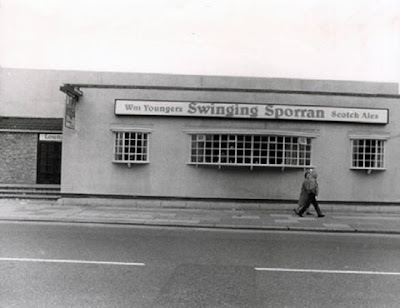 This Eccles club and pub on Liverpool Road has gone through many names over the years, first opening as the Carlisle Club in 1963. The functional flat roof building had actually been built after the First World War when wood salvaged from an army building was used to build the frontage [1]. 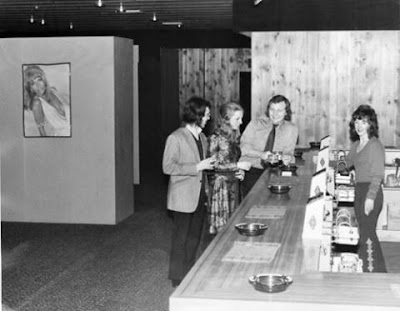 After a fire in 1966, the club reopened as the Barbarella Club, which itself also burnt down in 1971, leading to claims the site was cursed. Following acquisition by McKewan's Brewery, the rebuilt building, still at No.46 Liverpool Road, became a pub - the Swinging Sporran [1].

Opening in May 1976, the Swinging Sporran was described unfavourably as "a licensed amusement arcade" popular with youngsters, and with a pool table vault named the Q Room. The main room had a Scottish theme with tartan kilts and claymores on display [2]. In more recent years the pub was renamed Legends and the Devonshire, before closing and becoming a restaurant. 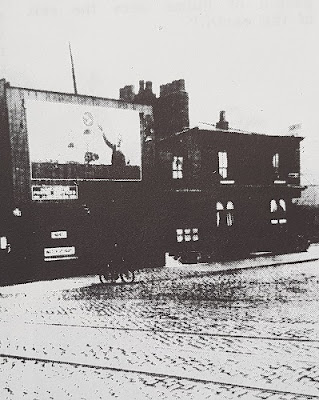 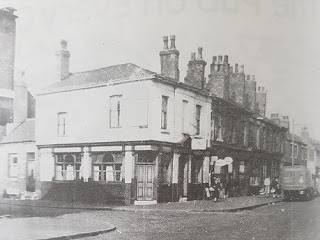 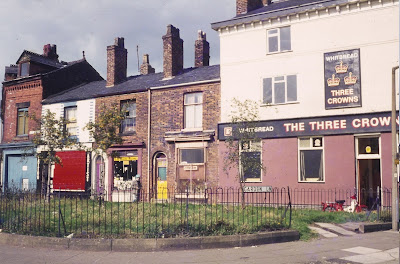 The Three Crowns stood on King Street on the corner with Queen Street, opposite the Black Friar in old Salford. The pub dates back to 1798 but it was in the 1860s that it took its place in Trade Union history. The first meeting of the Manchester and Salford Trades Council, forerunner of the Trades Union Council, took place at the Three Crowns in 1866 [1]. 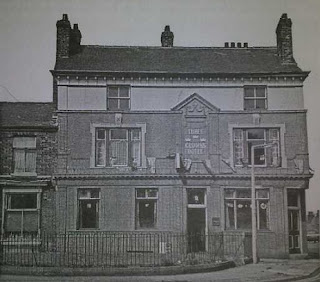 The Three Crowns was a Whitbread pub in the 1970s, now with a Garden Lane address due to street realignment (for full details, see Neil Richardson's book [2]). The pub had apparently seen better days, with its former green, brown and cream interior tiling sprayed over in battleship grey. The games room had pinball and table football with players decked out in City and United colours [2]. 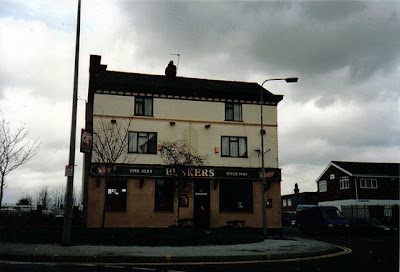 In 1984 Whitbread made the dubious decision to turn the Three Crowns into a Chesters Brewery theme pub called Buskers. What an odd theme, but the pub was actually decked out inside as a street scene with lamp posts and pillar boxes, so maybe they had busking musicians playing too? 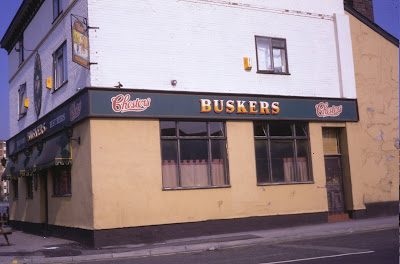 A bonus of this theme pub conversion was that at least the previously hidden exterior colour scheme was uncovered, and the pub looked quite smart. Sadly by 1994 Buskers had suffered a fire, as shown below in Stanley Horrocks' photo, and it never reopened. 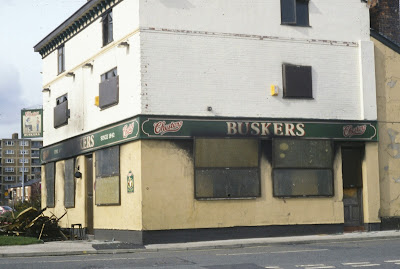 The pub was pulled down a year later in 1995 [1], and is now the site of a small car park for business premises. 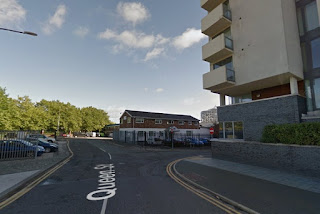