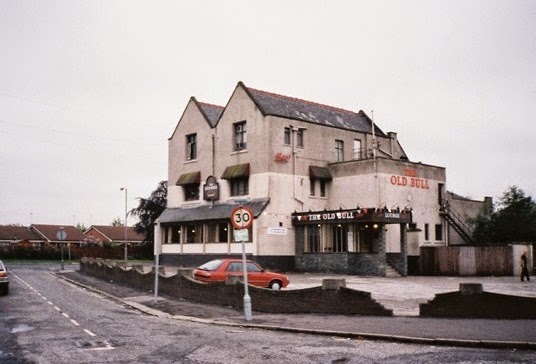 The Bull Inn was a huge pub at the bottom end of Fog Lane in Burnage.  Today Fog Lane ends at Kingsway but before the A34 was built, it carried on a bit further and the pub was on the corner of Burnage Lane.  The Bull Inn is shown in 1905, 1959 and 1970 as a Hardy's Crown Ales house at the Manchester council's archives. 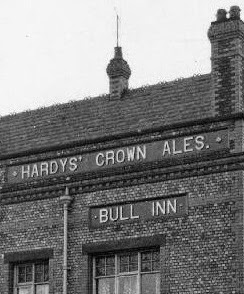 In the mid-1970s the pub was ridiculously renamed Woosters under Toby Inns, as shown here in 1975.  The pub reverted back to the Bull, though as the Old Bull, as described by Alan Winfield in 1993 when it was a Bass house [2]. 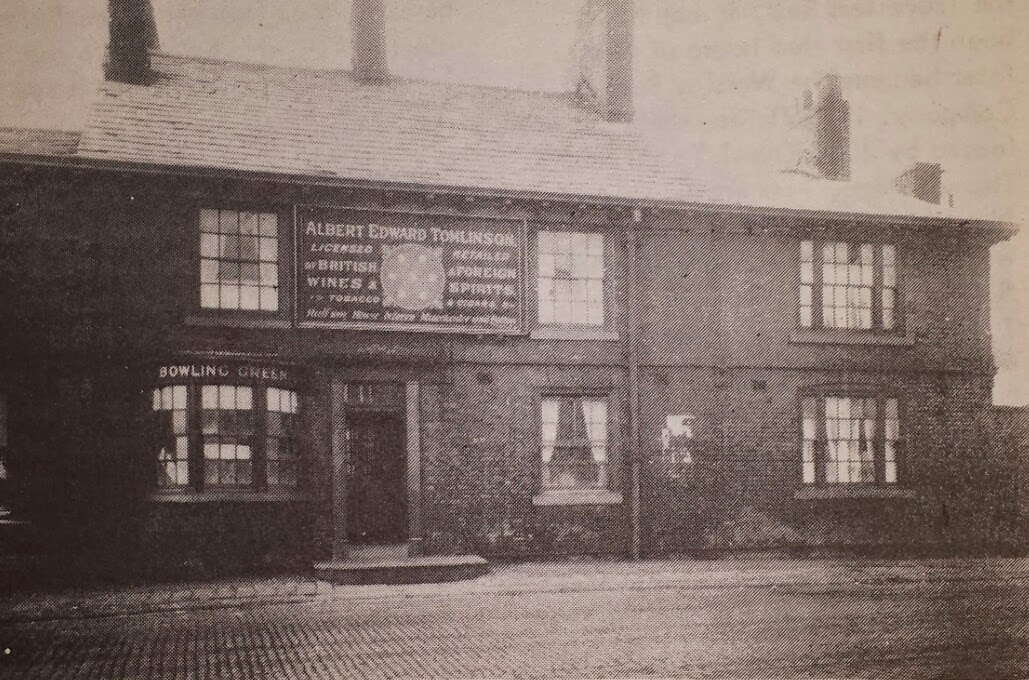 The Seven Stars on Rake Lane opened in 1786 as only Clifton's second pub, after the Robin Hood.  This was because the village of Clifton only had a population of about 600 but the industrial revolution meant that a new road through it was needed.  The Seven Stars was a Georgian building that stood where the old Chloride Electrical Storage Company Exide Works social club is today.  The club used the bowling green of the old Seven Stars, despite the fact the pub was demolished in 1955.  Pictured below in 1946 as a derelict mess; it had closed in 1938 [1]. 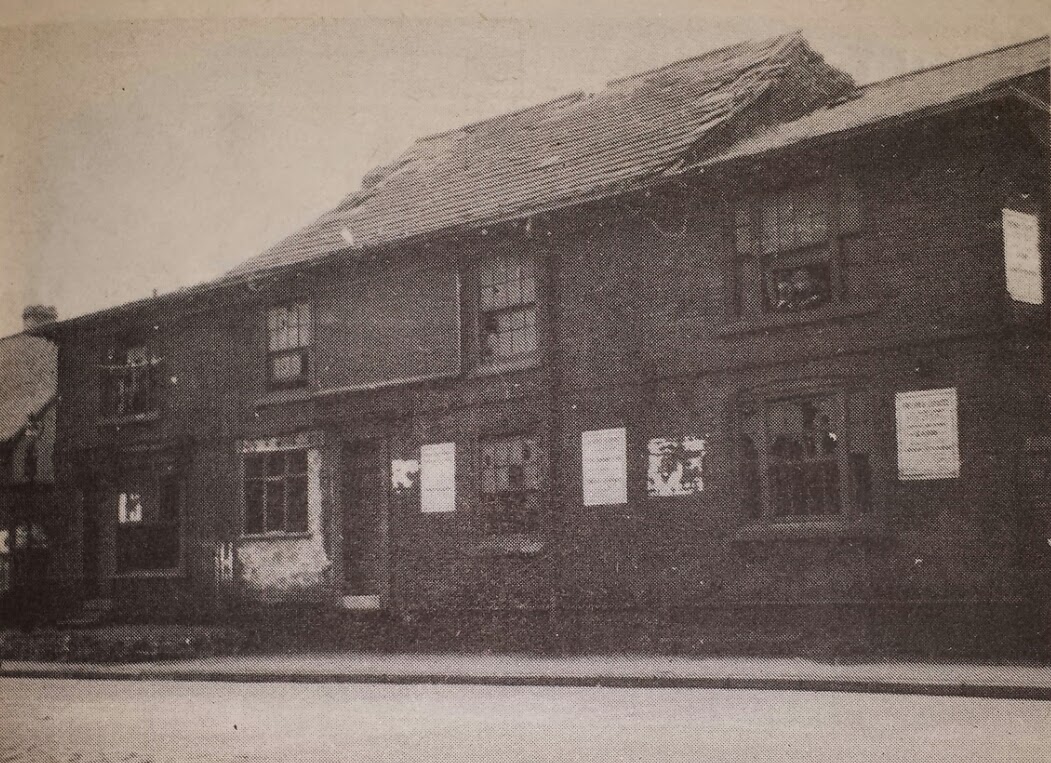 In happier times the Seven Stars was owned by the nearby Worsley Brewery Company, and used to host clog dnacing but eventually the pub suffered from damp and became unsanitary.  The brewery were told to demolish the the Seven Stars but were given permission to rebuild, however the option wasn't taken up as Worsely Brewery were taken over by Walkers of Warrington around the same time [1]. 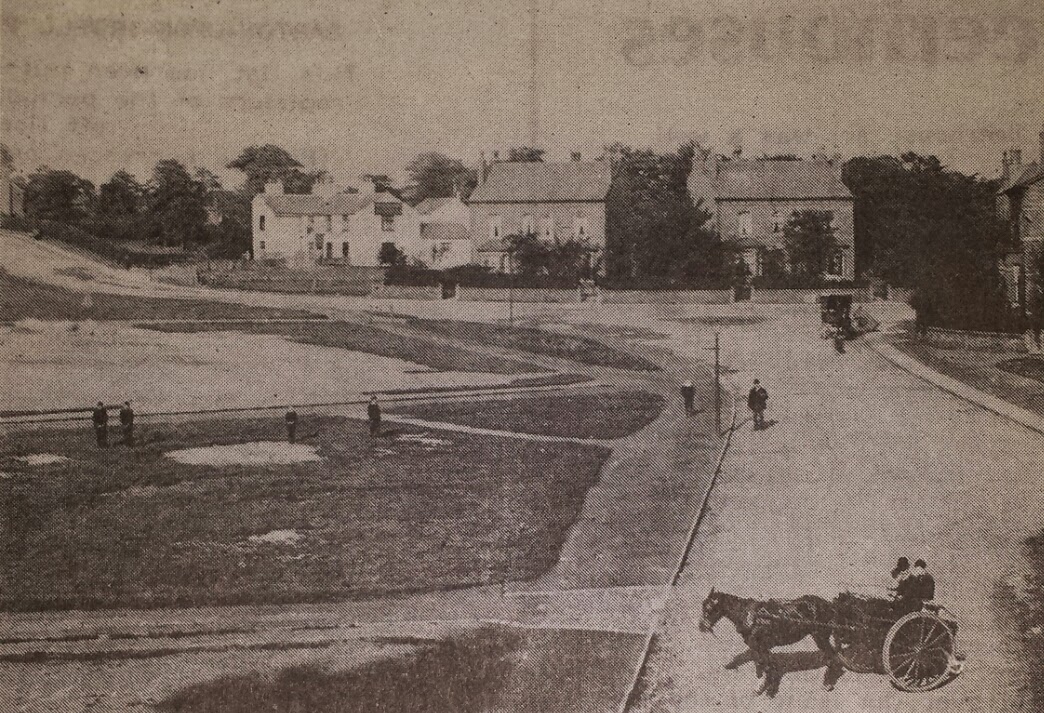 The original Blue Bell on Monton Green, pictured above in 1895 as the white building on the left, may have been known as just the Bell initially.  It can be traced back to the middle of the eighteenth century, belonging to the Greenhalgh and then Lansdale local families.  The Blue Bell was a huge whitewashed pub set alongside several cottages and in 1897 it was bought by Hulme's Wagstaffe Lion Brewery for £10,000.  When Wagstaffe's merged with Watson & Woodhead of Salford, the new brewery knocked down the Blue Bell and rebuilt a new pub in 1906 [1].  JW Lees still run the 'new' Blue Bell on Monton Road today.

The White Lion stood on the corner of Benville Street and Oldham Road in Newton Heath.  Unsurprisingly, it was a Wilsons house - Wilsons Brewery was on Monsall Street in Newton Heath.  The White Lion appears to have been lost to the creation of the Troydale estate, and Benville Walk in the estate marks the rough location of where Benville Street met Oldham Road and the pub once stood. 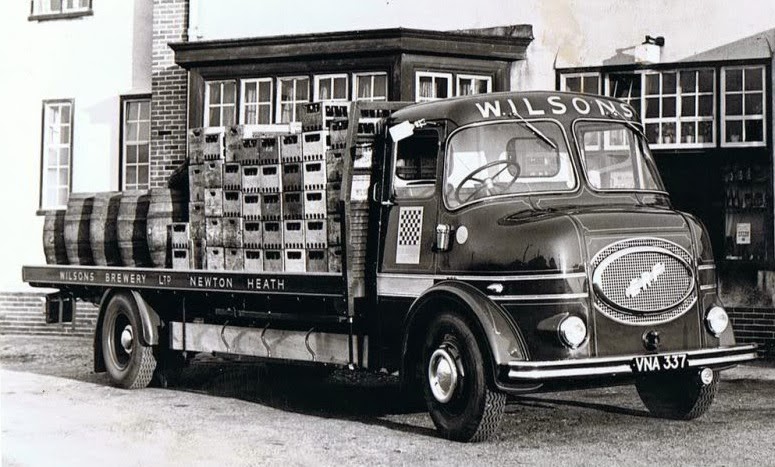 The Birmingham Tavern was a terraced Wilsons house on Oldham Road in Newton Heath, as seen in 1961 and 1970 at the archives.  Watney's takeover of Wilsons was met with a decline in beer quality (as happened in many Wilsons boozers taken over by the London giant), and in particular, the Birmingham Tavern suffered in this respect.  To quote one local who remembers the pub, "the beer was crap" - probably referring to Watney's Red, a tasteless, fizzy keg beer.  Chris Byrne, who lived in the pub when his father ran it from 1968 to 1970, agreed that Watney's ruined the Wilsons beer too.  The Birmingham Tavern was on the right hand side of Oldham Road going away from town before the Shears Hotel and Royal Oak.  As for its name, the Birmingham Tavern may have been a reference to the old Newton Heath Railway Station which was nearby. 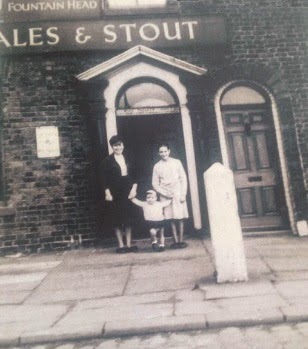 The Fountain Head at No.11 Wheathill Street off Broughton Road can be traced back to at least 1848 as a beerhouse.  By the 1890s, Groves & Whitnall owned it and the house next door, and although the front gardens were lost in the early 1900s as the Wheathill dyeworks expanded, the boozer lasted until 1972.  Under Frederick and Joyce Thickett (the latter pictured above with her daughters [1]), the Fountain Head was included in the 1971 Trinity clearance area [2]. 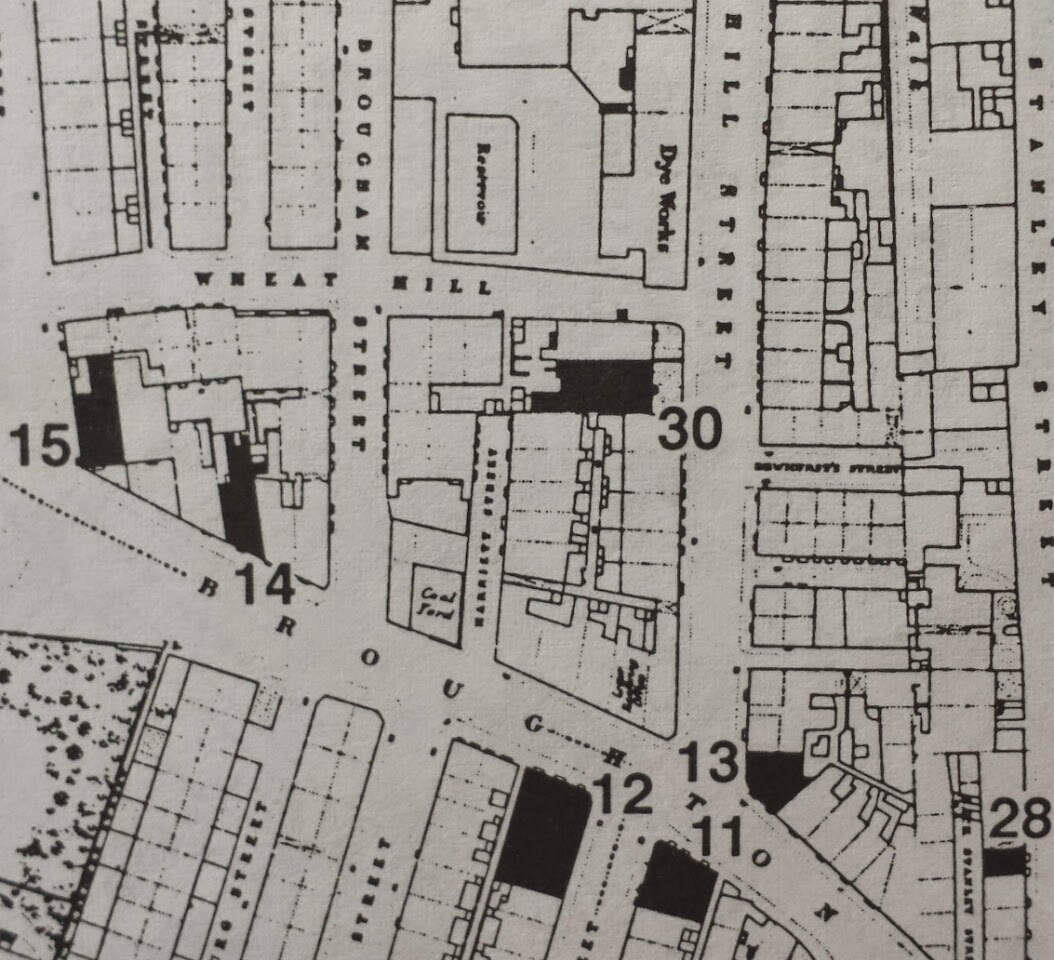 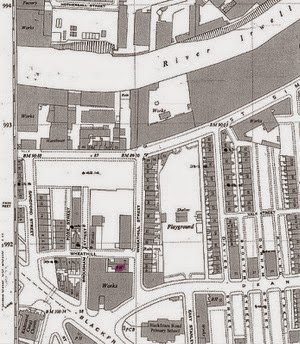