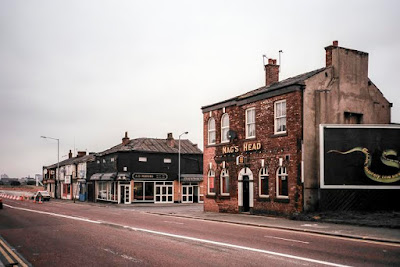 The Nag's Head on Hyde Road is yet another West Gorton boozer to bite the dust recently, like the Imperial Inn behind it (left, below). Only the Travellers Call (far left, above) remains open now of the trio of pubs that used to be on offer for users of the Sports City Travelodge. 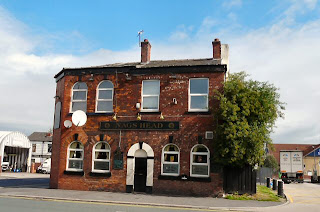 The largely derelict corridor of Hyde Road is a blight on inner city Manchester and has not recovered from the ill-fated plan to run the M67 all the way into the city centre that was abandoned many years ago. 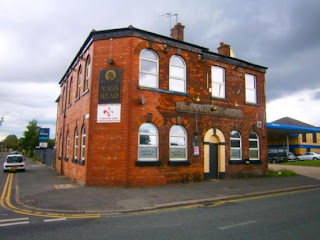 The Nag's Head stands on the corner of Birch Street and Hyde Road, seen at the archives in 1958 when the thoroughfare was built up and bustling (that's the Rock Inn in the background). 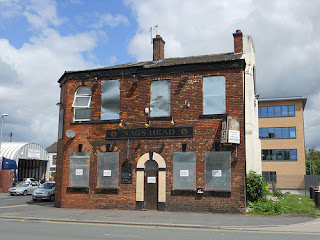 In 1972 it had a corner entrance, here in 1973 it's shown from another angle revealing the neighbouring demolition, and in 1986 here's the Nag's Head as a Boddingtons house. 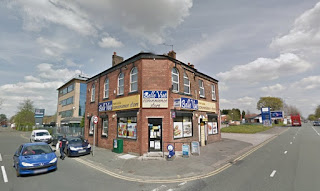 The Nag's Head closed for good in 2009 and was offered for sale for an ambitious £200k as a private house at one point. These days it's the Belle Vue Convenience Store. 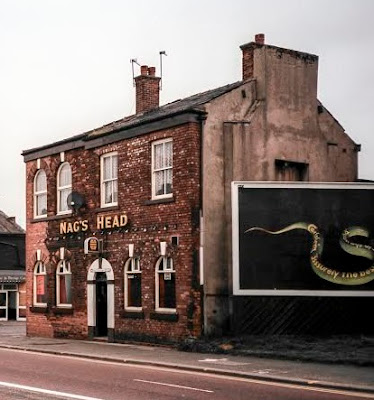