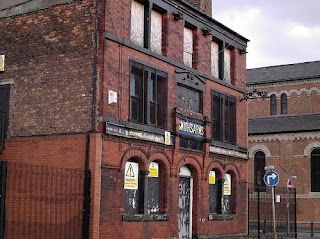 The Smith's Arms is still standing on Sherratt Street (formerly Spittal Street) in old Ancoats, standing as a defiant relic while old industrial buildings are razed, replaced by the occasional new-build.  It was also known as the Blacksmiths Arms and the Hammer in Hand in the 18th century when it was a Taylors Eagle house, then Tetley's [1], and finally a Burtonwood house upon closure at some point in the 1990s [2]. 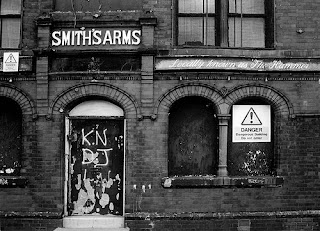 The Hammer, as it was known locally and signed on the pub, is shown here at the archives in the times when it was hemmed in by the factories and dwellings in the birthplace of the Industrial Revolution.  The Smith's Arms dates as far back as 1775 when it was built as a three-storey middle class residence, and industrialisation led to its conversion to a public house in 1827 [1,2]. 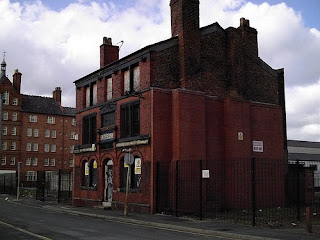 Much more information can be found in the 2007 Smith's Arms Archaeological Building Survey by Ivan Hradil, Peter Arrowsmith and Michael Nevell at Manchester University, which can be downloaded from this link at HistoryME [2].  It contains many interior photos of the pub which show the inside in good condition, even if it doesn't look very pub-like any more. 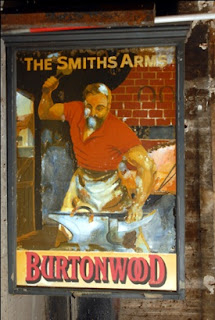 There is an ongoing effort to get the Smith's Arms on the List of Buildings of Special Architectural or Historic Interest by English Heritage - see the link at HistoryME.  Whilst a noble effort, I won't hold out much hope of this being successful, as pubs are simply not held in high regards by the authorities and many historians, despite them playing such a significant role in our social history. 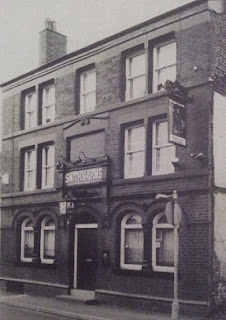