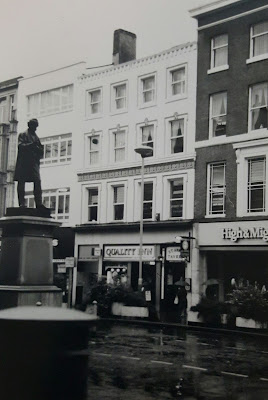 
St Ann's Tavern was a basement bar on the square, and was later known as the wine bar, Horts. It was one of Manchester's first proper continental beer bars, with Carlsberg Hof, Heineken Special Export and bottled Lowenbrau, Kronenbourg, Reschs and Castlemaine on offer, as well as the more usual Tetley and Guinness [1]. 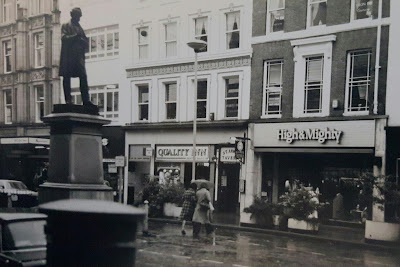 There was an Italian bar billiard machine in the St Ann's Tavern, and next door was originally a Henekey Inn steak and schnitzel bar [1], later a Quality Inn, as seen in the above photos courtesy of Tim Martin. In the era of Horts, the larger upstairs bar was called Ronnies Cafe Bar. 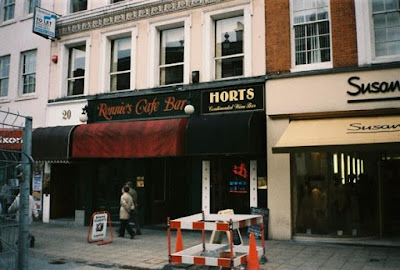 Sadly the old St Ann's Tavern, and its neighbour up above, are now a McDonald's 'restaurant' on this beautiful but pub-less Manchester square. 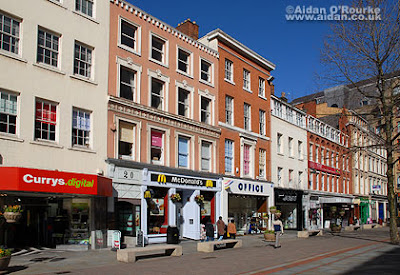